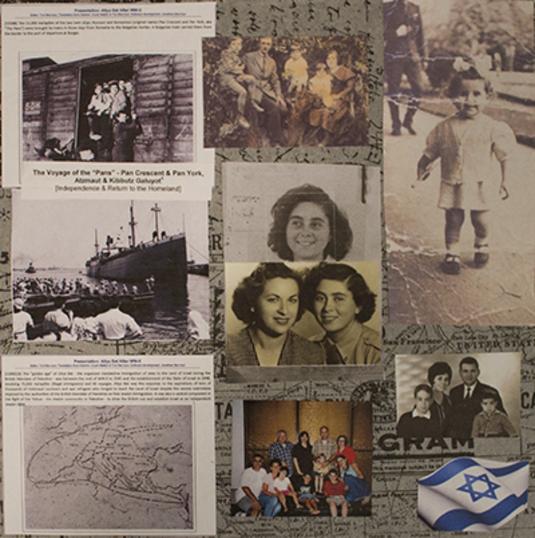 Bracha (Bertha) Gutman-Alon was born in Ploiesti, Romania February 20, 1932. During WWII, Ploiesti was under the Romanian Iron Guard and Nazi troop rule. At the end of the war, Bertha joined the Zionist youth movement, Hanoar Hatzioni. In 1947 at the age of 15 she boarded the Pan Crescent ship in Bulgaria heading to Israel. On arrival in Haifa, Bertha changed her name to Bracha and was sent to live with her new Moshav family. In 1950 she joined the IDF. In 1951 she met her husband Nechemia Alon, a sergeant in the Israeli Army. They both completed their military service in 1952 and moved to Tel Aviv. On June 22, 1953 they married and started a new family in Israel.