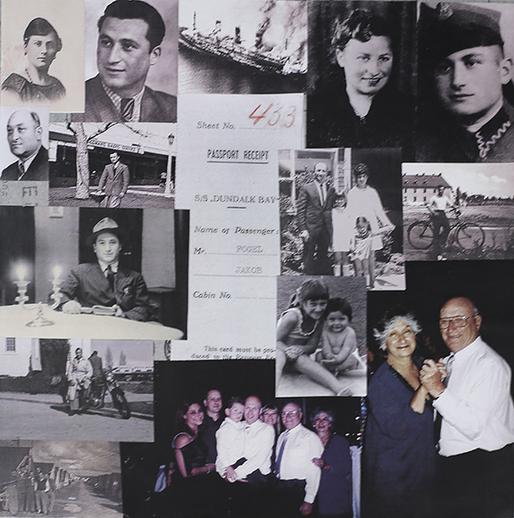 Jack was born in 1924 in Turek, Poland, a small town near Lodz. He had three brothers and a sister. His mother’s name was Yehudit, and his father Szlomo was a tailor. After war broke out, a small ghetto was set up in Turek. Jack was sent to a labour camp, and throughout the rest of the war was relocated to various concentration and labour camps, including Auschwitz. Towards the end of the war, he was sent on a death march, and was on one of the smaller boats during the bombing of the Cap Arcona. At the end of the war, Jack spent five years in the Bergen-Belsen Displaced Persons Camp, and eventually immigrated to Australia. He met Ruth Gershon at a dance in Melbourne, and married her in 1957.