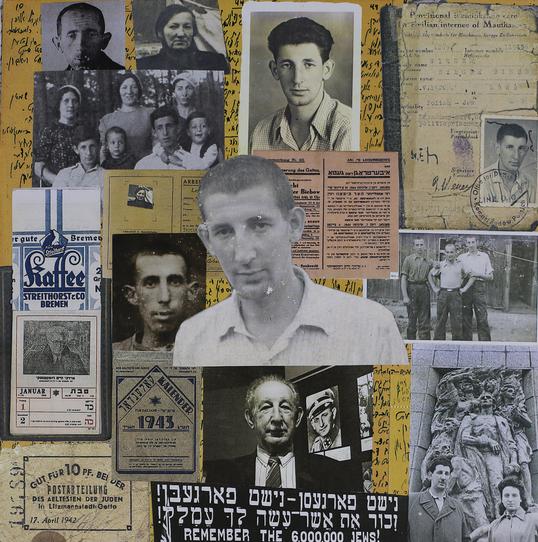 Symcha Binem (Bono) Wiener, one of the founders and co-presidents of the Jewish Holocaust Centre (JHC) was born in Lodz, in Poland in 1920. As a youth he was active in the Jewish Labour Bund. During the war he was active in the Jewish underground in the Lodz Ghetto and took on a leadership role. Both parents perished in the Lodz Ghetto. Bono was deported to Auschwitz and then sent to the Mauthausen and Gusen camps. After liberation he was reunited with his brother Pinches and they immigrated to Australia in 1950. Bono continued his political activism and community leadership in Melbourne until his death in 1995.