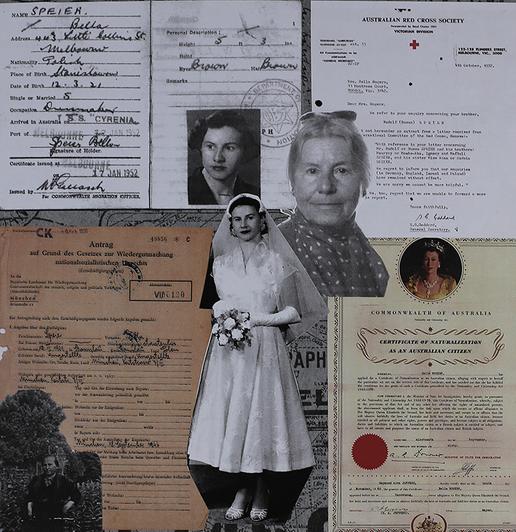 Bella Rogers (neé Speier) was born on 12 March 1921 in Stanislawow, Poland. Her family moved to Karkau at the start of WWII and Bella was confined to the Krakau Ghetto from June 1941 until December 1942. From that time, until her liberation by the Russians on 25 March 1945, Bella survived three concentration camps including Auschwitz. Following her liberation, Bella discovered that her parents and siblings (aside from a sister who had migrated to Palestine in 1938) had been exterminated. Bella moved through various displaced persons (DP) camps in Germany until she started working for the Central Committee of Liberated Jews in Munich. Bella decided in the early 1950's to start a new life and arrived in Melbourne aboard the SS Cyrenia in 1952.