I was born in October 1938 in Paris, France, to Rojza and Szmul Karpik. My parents were  Polish Jews who immigrated to Paris in the 1930’s. After the German invasion of France, our lives and the lives of all Jews changed drastically. With the help of the OSE, my sister and I were placed with a Catholic family in Vers-Galant. My father was deported to Pithiviers, and then to Auschwitz, where he was murdered in 1942. A year later my mother was arrested on the Paris Metro and sent to Drancy. She was murdered along with other family members in Auschwitz. My sister and I were adopted by the Fein family and came to the U.S. in October 1948. I have 2 children, 1 stepdaughter and 4 grandchildren. 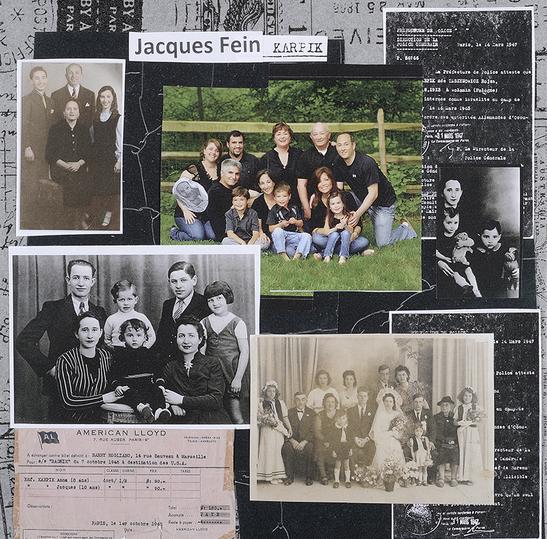