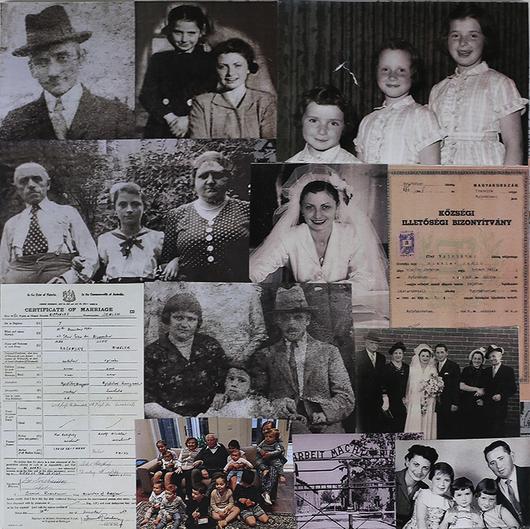 Judy Resofsky (neé Winkler Frisch ) was born on 5 July 1926 in Nyirbartor, Hungary. She was the first born child to Adolph and Berta Winkler. With the rapid growth of the family to eight children, Judy was adopted by a childless uncle and aunt, Jeno and Berta Frisch. Within weeks of the Nazi occupation, the community was interned in the Sirna Pusata Ghetto awaiting deportation to Auschwitz where she was separated from all her family. From there she was sent to work in heavy construction in Stutthof, then Praust and was finally liberated by the Russians whilst a prisoner on a death march from Praust. After liberation, she learned that no other member of her family had survived. She was alone in the world.