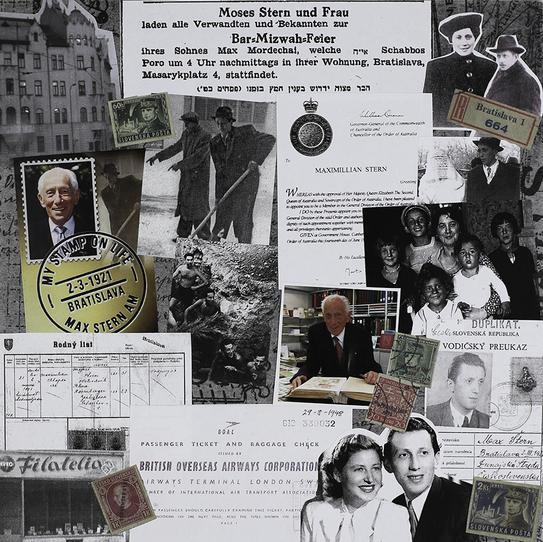 Max Stern was born 2 March 1921 in Bratislava, Slovakia into an observant Jewish family. He was the eldest child of seven children. Both parents and his younger brothers, Josi and Robi, were murdered in Auschwitz. Max survived Sachsenhausen concentration camp after the death march and hiding in the attic of a movie theatre. In 1948, Max and Eva Stern were married and came to Australia.  He established Max Stern & Co. stamp dealers, which became one of the best known in the world. Awarded the Order of Australia in 1999, he is survived by two daughters, six grandchildren and sixteen great-grandchildren. “Whilst l want to forget but I can’t, you must remember and never forget”.