Nachum was born in Bedzin, Poland in 1925 into a loving orthodox family. He had four siblings and his family had a grocery business.  He was transported to Auschwitz with his family in 1943 and only he and one brother survived the initial selection. Ultimately, Nachum was the sole survivor.  In Bergen-Belsen he met and married Fredzia, the love of his life. In 1949 they immigrated to Australia (as far away from Europe as possible) and built a wonderful life. His two sons were his pride, his four grandchildren his joy, and he lived to see the birth of his first great grandchild.   “Never Give Up” 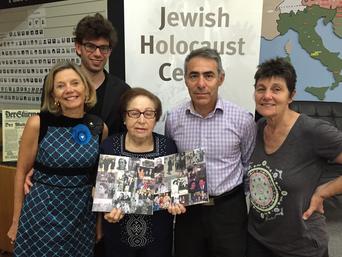