Ella Prince was born in Warsaw, Poland on 14 February 1927. Her parents were Rosa Zalcberg (neé Gringlas) and Isaac Zalcberg and her younger brother was Samuel Zalcberg. They were all together in the Warsaw Ghetto. Samuel was deported to Treblinka in July 1942 and  Ella and her parents survived the Warsaw Ghetto uprising. Afterwards, they were deported to Majdenek, where Isaac perished. Ella and Rosa were sent from Majdenek to Auschwitz-Birkenau to Ravensbruck. They survived the death march. When the war ended, Ella and Rosa moved to Munich. Ella began her university studies in dentistry where she met David while studying pharmacy. They immigrated to Melbourne, Australia in 1950. They have two children, four grandchildren and two great grandchildren. Ella passed away in December 2013. 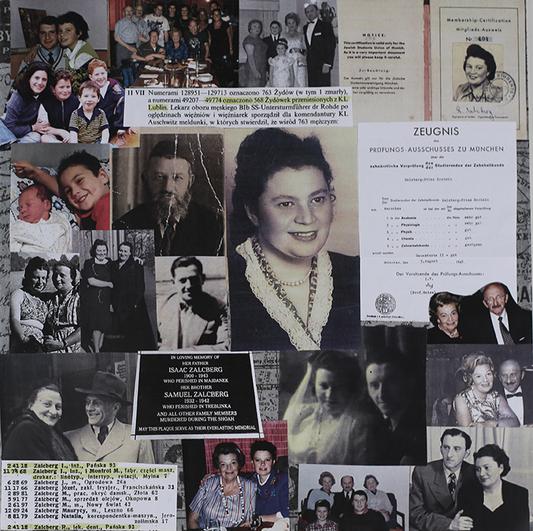