My father, Shumel Rosenthal was born in 1903 in Vilkvishkis, Lithuania. He was an orphan, his father was killed during WWI and his mother died shortly thereafter. Before the German occupation, my parents, Rone and Shmuel lived in Kaunas. Both my parents and my uncle were active members of the ghetto underground resistance movement. My parents were among thousands of ghetto inmates deported to German concentration camps in July 1944. My mother who perished in Stutthof (No. 41091), had rescued many ghetto children. My father was sent to Dachau in 1944, (No. 84851). The American Army liberated him and he returned to Lithuania after the war.  He was barely alive and spent months recovering. He died in 1984 in Vilnius. 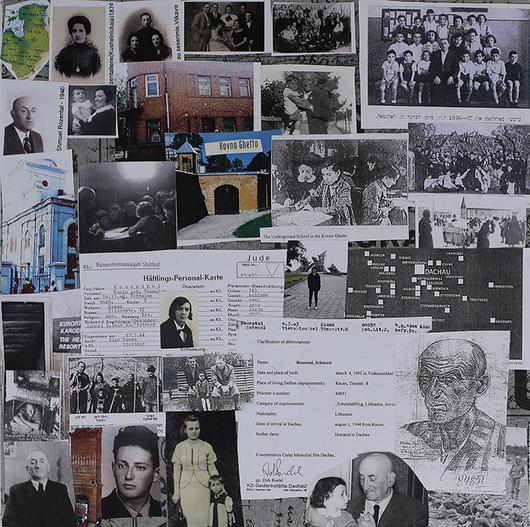