A.9384 – a number tattooed on my arm, given to me in Auschwitz by a blond, very blue-eyed young man. He also gave me Hepatitis C, which I didn’t find out until many years later. My name is Bernard Pasternak. I was born in Romania in 1924. I had 1 brother and 5 sisters. My parents and two sisters were killed in the Holocaust. I survived Auschwitz working in the mines and quarries. I went on death marches and saw many horrible things as a young man. I was liberated by Patton’s army. After the war I traveled and lived all over Europe, enjoying life. I arrived in America in 1949 and met my wife in New York. We married in 1953 and have 3 sons. I have lived to see three grandchildren and a great-granddaughter. I am a survivor. 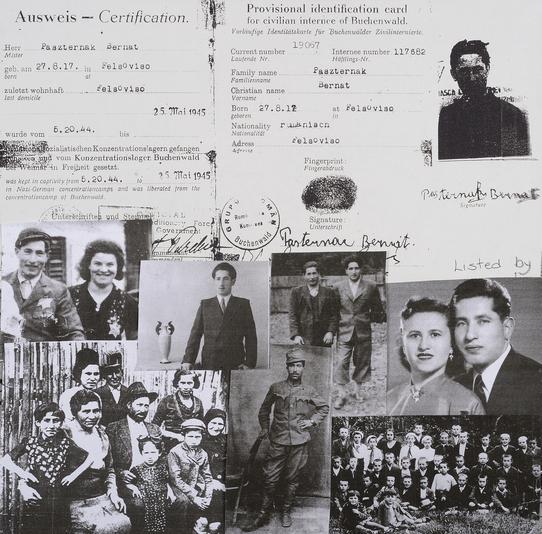