My parents Walter Goldmann and Vera Friedlander Goldmann and sister Gaby Goldmann Rosenberg were survivors. Both my parents and sister were born in Kattowitz, Upper Silesia. My parents were born there when it was German, and my sister when it was Polish. My father was in a German camp called Stutthof and my mother had false papers as a German Catholic. After the war they reconnected. My father’s brother Ernst was a businessman and made him a full partner in the business (KeWa). We had the best of everything-custom clothing, a nanny, driver, etc. We were almost too assimilated. My mother wanted out of Germany. At first we were to go to Israel, however my mother had a sister in Baltimore. We came to the U.S. in January 1951.​ 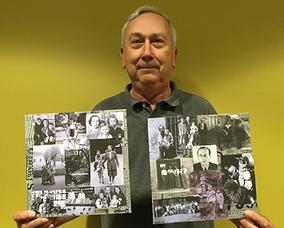