Vilma Vogel was born in a small town in Hungary. In 1920 she married Odon, who was the business partner of her sister. She had a large family of 6 sisters whose families all lived in Budapest. Every Sunday the extended family would get together for lunch. Vilma was married to Odon until he died from kidney disease. Perhaps it was the most merciful thing that could have happened, because within a year the Nazis invaded Budapest and she, along with her only son, Steven, age 22, were taken by cattle car to Auschwitz. On the Auschwitz railway platform she and Steven came face to face with Dr. Mengle, who immediately sent Vilma to the gas chamber and Steven to slave labor. Wilma was 59 years old. 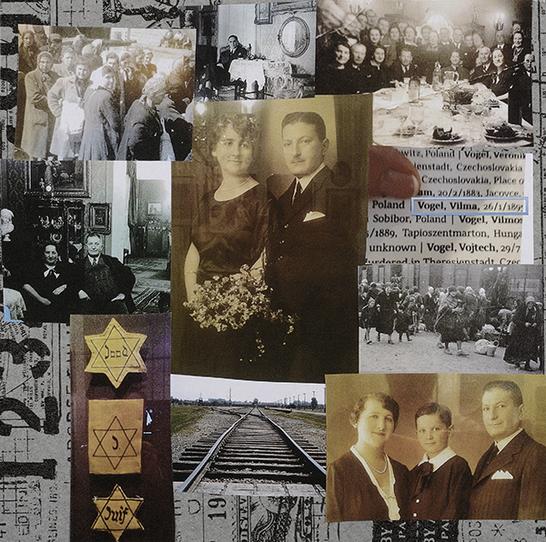