My Mom was born in Poland and lived with her parents and siblings in Sosnowiec, a thriving Jewish community. When the Nazis came, they put all Jews in overcrowded ghettos, and then gathered them in sport stadiums for selection to hard labor or extermination. My Mother asked  Grandma to roll up her skirt to look younger and with her sister they disappeared into darkness. A Nazi soldier emerged from nowhere, but instead of shooting them he yelled “schneller” and they were saved. Ultimately my Mother was caught in a curfew and transferred to Markstadt and then Peterswaldau Labor Camps. She was liberated by the Soviets. Her mother perished in Auschwitz in 1943. My Mom died in Baltimore after we were expelled from Poland accused of Zionism. 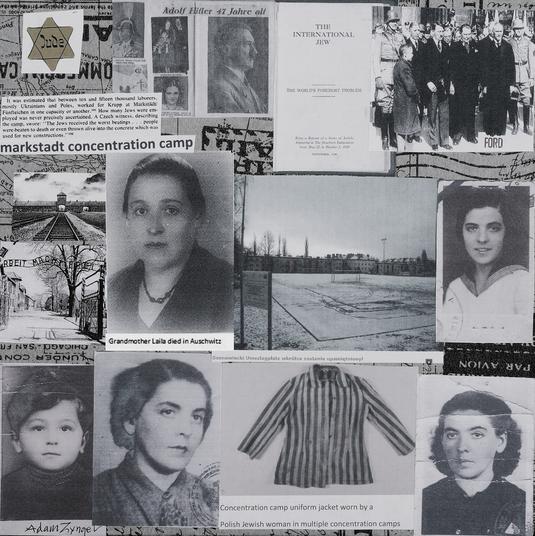