My father came to the U.S. from Pinsk, Russia in 1924. He married my mother, Lena Bernstein, in 1929. I knew her parents well, but I always asked my father about his family from “the old country.” I was told the letters and photos stopped coming from Pinsk during the war. My father and his two brothers who lived in Baltimore tried to find them with the help of the Red Cross, but were told that the Jews in Pinsk were all killed. Later, my brother Charles read that the Jews in Pinsk were led into the synagogue and it was set ablaze, killing all inside. I only have two photos of my grandmother and none of my grandfather. I only know the names of a few people in other photos from Russia. I would like to honor them with this collage. 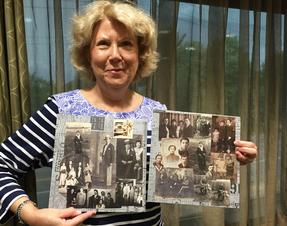 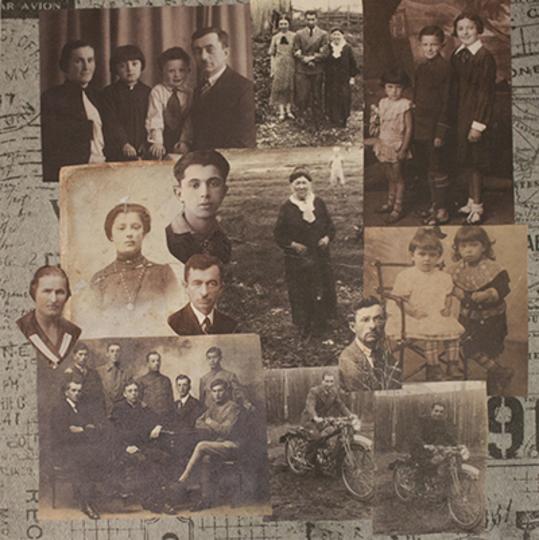