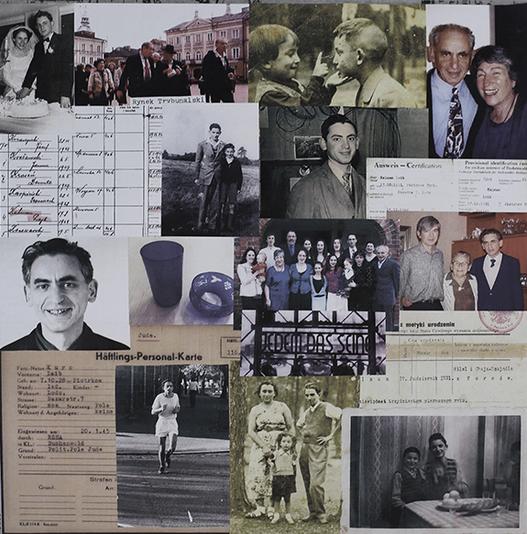 Arie Kalman was born on 17 October 1931 in Piotrkow Trybunalski, Poland. His parents Shaindl and Hillel moved to Lodz where Hillel ran his own tailoring business. Hillel fled to Russia in September 1939 and Shaindl took Arie and his younger brother back to her family in Piotrkow. After the liquidation of the ghetto in 1942, they were able to go into the labour camp where Arie, by having his age put up to 13, worked in the glass factory. In October 1944, he was moved west and finished up in Buchenwald where he was liberated in April 1945. Arie truly ‘chose life’, always interested in learning new things. He strongly believed in not hating and always saw himself ‘not as a victim but as a survivor’.