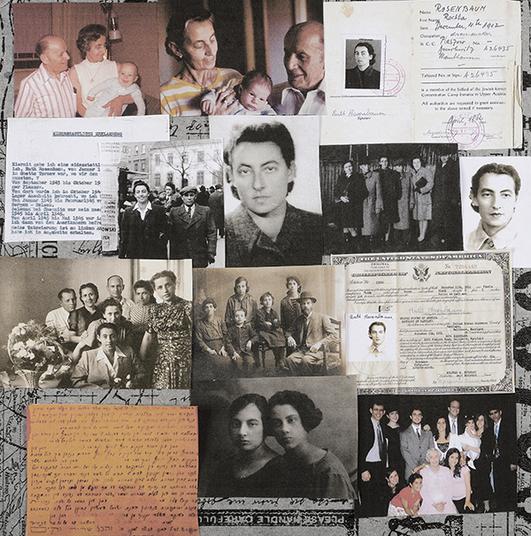 On December 11, 1912, our mother, Ruth (Rochelle) Meth, was born in Tarnov to observant parents. In 1941, Mommy and her two older sisters and their families and her brother were herded into the Tarnov ghetto. Her brother escaped to Russia and was never heard from again, and her sisters and their families were murdered by the Nazis. Mommy was transferred to grueling concentration camps: Plaszov, Auschwitz, Bergen Belsen and Mathausen before being liberated. Our mother married our father, Paul Rosenbaum, in the DP camp, Bad Ishl. They  came to the United States on the Marine Tiger  in 1947, settling in Baltimore.  Our parents rejoiced to have two children, 8 grandchildren and many great-grandchildren.