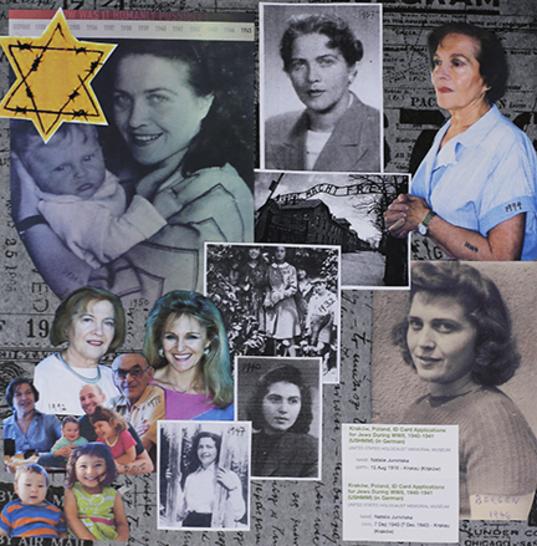 My mother Natalia Bierzynski (neé Juminska/Judenfreund) was born in Krakow, Poland in 1916. She, her mother and two sisters and young brother were "christened" in 1940 and lived in Krakow until a neighbor denounced them. The eldest sister was not home when the family was arrested and put on a truck to Auschwitz. They truck broke down and the family walked the rest of the way with other Jews as well as with a contingent of Polish political prisoners. When they entered Auschwitz, they were all registered as Polish Political Prisoners. My grandmother and uncle went straight to the gas chambers. My aunt and mother survived. My mother says that in a way, the SS guard saved their lives. I will never forget my mother's tattoo, No. 39364.