Leon (Lolek) Groch was born in 1912 in Lodz, Poland. He had one brother, Shmuel (Shlamek). Lolek looked after his father Joseph, a fuel merchant and his mother Tzivia in the Lodz Ghetto until they were selected to go on the last transport to Auschwitz. He never saw them or the rest of his family again. Lolek was one of the last 850 survivors of the Lodz Ghetto. After digging their own mass graves in the Lodz Cemetery in December 1944, he and the others remaining, hid in the empty bunkers surviving due to a blizzard and the "miracle of snow." He and Mela married in Lodz in March 1945 and had one daughter, Marysia. He was a gentle hero, a man of great integrity and courage. His legacy was the regeneration of the family who perished in the Holocaust. He has two grandchildren and six great grandchildren. 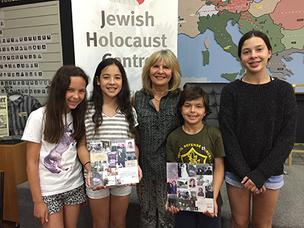