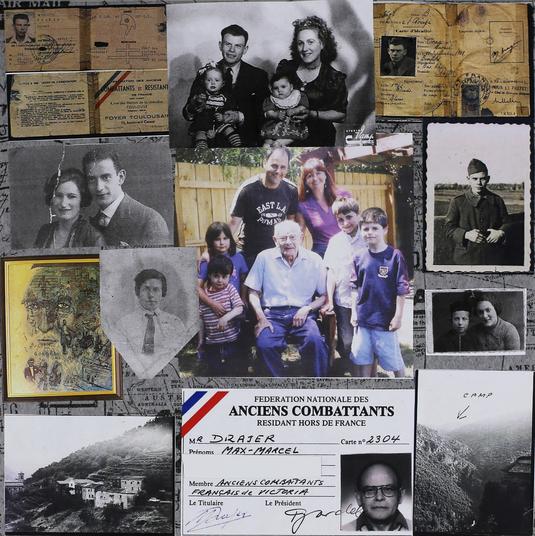 Max Drajer was born in 1919 in Gdansk, Poland and moved with his family to Paris in 1929. He joined the French Army in 1940 and was wounded during the German invasion. He escaped capture and travelled to Vichy, France in the South. Max joined the Resistance and organized false papers for his family who were in hiding. They survived but all his extended family perished. Max married Rywka (Regina) Katz in 1945. She was the only survivor in her family. Riwka had false papers and was a courier for the French Resistance.