The importance of the process

The question of sensationalism

Storytelling as an art form 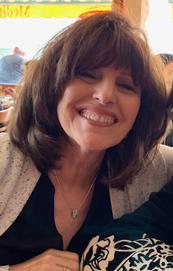 Video clips from a interview about The Human Element Project at

The American University of Paris

Hearing the stories is a privilege

Feeling the emotion of tragedy

Impact on the volunteers and the visitors

Flexibility in the Interview

Other genocides... beyond the Holocaust

The intimacy of telling a story 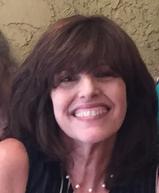 In the 1970’s, Lori broke long-standing traditions in the fire departments and ambulance services by becoming the first female paramedic in the United States. During those years she also studied graphic design and advertising at Art Center College of Design, and although her dream was to become a doctor, she was diverted by a lucrative position for an international beauty/fashion manufacturer, where she spent 20 years producing award-winning ad campaigns, trade show exhibits and packaging. She fulfilled her lifelong dream and earned her MD degree at the age of 56. Lori works as a physician on a volunteer basis with her husband Neil, an emergency physician in Los Angeles. They work in local free clinics and in developing countries around the world.

In addition to her medical volunteer work, she is currently working on educational large-scale art exhibitions that combine both passions. In October 2014, she launched a new community based arts project, The Human Element Project. Her most recent collaborations have been with the American University of Paris, the Museum of Tolerance, Los Angeles, the Jewish Museum of Baltimore, the Jewish Museum of Melbourne, Australia and the Guatemalan Forensic Anthropology Foundation.

Lori combines her passion for art and science by creating collaborative installations that are not only art pieces but also the result of community engagement projects where sensitive and powerful stories are told and memories are preserved. Her project has now expanded to include community based work with incarcerated inmates in the California State Prison system and at risk youth who are in detention or on probation. The project also works regualrly with local schools to provide creative arts workshops with children and young adults with special needs.

“ My work is based on making a connection between art, science and the human condition. I use the concept of the periodic table rubric as a foundation for that work, combining physical elements with emotional and spiritual attributes to create powerful visual and social statements”.