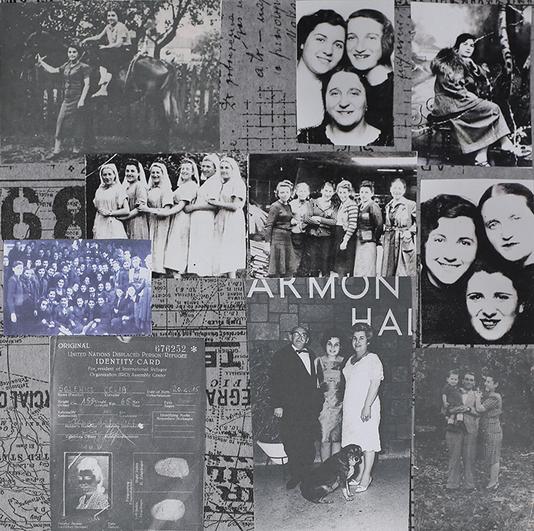 Cesia was born in Lodz, Pland to a large family with three sisters and a brother, as well as half-siblings. Her father Mechel was a builder and plumber, and her mother Beila looked after the family. Mechel died in the early days of the Lodz Ghetto. Beila, and nearly all of Cesia’s siblings were deported to their deaths. Cesia’s brother Naftuli, served in the Polish Army and was never seen again. Out of the extended family, only three cousins and an uncle were alive at the end of the war. Cesia and Kuba met before the war, and they married in the Lodz Ghetto in 1940. The couple ended up in the Landsberg Displaced Persons’ Camp for three years, where their daughter Esther was born. They immigrated to Australia in 1949.