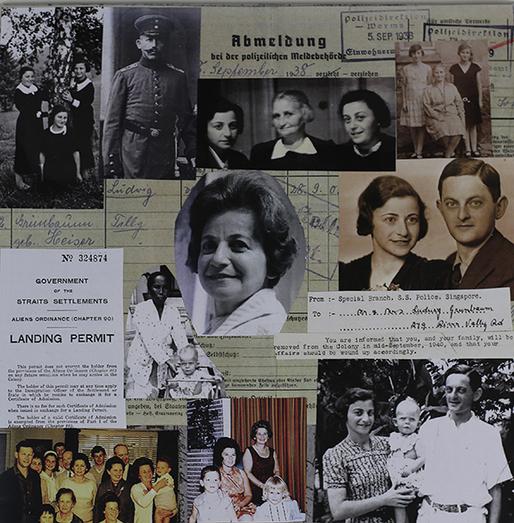 Tilly Light (neé Heiser) was born in Hof, Germany in 1913. She was one of three sisters. Her father died fighting for Germany in WWI. Her mother, Emma Heiser, raised the girls alone. Tilly married Ludwig Gruenbaum in 1938 and escaped on one of the last ships leaving from Holland. They disembarked in Singapore, where their daughter Edith was born. In 1940, the British rounded up the Germans living in Singapore and detained them in Tatura, Victoria as enemy aliens. They were released in 1943 and moved to Melbourne. Tilly’s mother could not escape Germany and was murdered during the Holocaust. Tilly somehow maintained a positive attitude to life, despite all the adversities she had faced.