Abram was born in Kutno, Poland to a chasidic family in 1915. In 1918, his father Lieb passed away. His mother Pesia re-married a good man, Shimon. At the age of nine, Pesia saw that Abram preferred playing soccer and the street life, so she sent Abram to Lodz to learn the fur trade. Learning that death was imminent for all Jews in Poland after Germany’s invasion, Abram considered refuge in Russia. Pesia protested, before relenting, “If you want to go, then go.” Abram did - by bicycle - all the way to Russia where he eventually worked as a furrier. His remaining family perished in Chelmno. He continued to speak Yiddish and Russian throughout his life, He cared deeply about soccer and Israel and lived to see three generations. 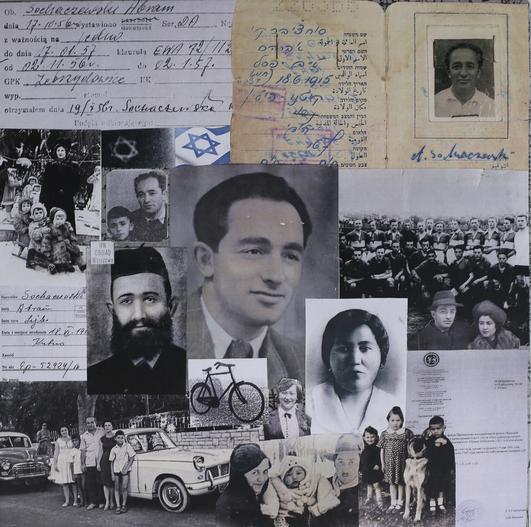