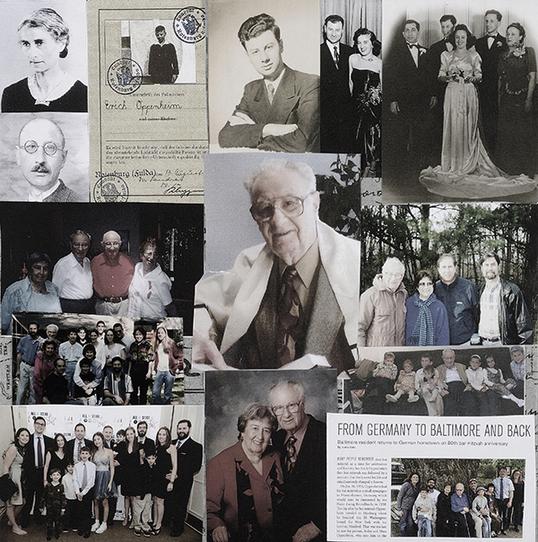 Erich Oppenheim was born in a rural village of Nentershausen, Germany in 1922. On January 29, 1935, Erich and his older brother were sent by his parents to New York. They were 2 of the 1,000 children saved by Jewish Relief Services. Erich’s sister, Berta was saved by the Kindertransport. Erich’s parents, Isidore and Flora, along with 2 brothers perished in the camps. It was not until 1965 that Erich said Kaddish for his parents and younger brothers, always hoping that they had survived. Erich married Thelma Rita Shapiro and were married almost 69 years. They had 3 children: Iris, Lee and Carl, 6 grandchildren and 13 (and still counting) great-grandchildren. Erich led a Jewish life, always active in his synagogue and what he calls “a good life.”