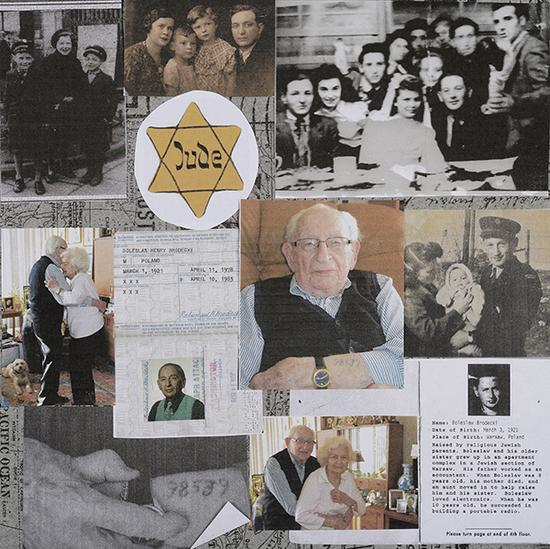 Before my life was upended by the Nazi invasion of Poland, I was a small-business owner and an actor in Warsaw, Poland. The numbers tattooed on my arm, 98539, are a continual reminder of my experiences during the Holocaust. I was imprisoned in eight concentration camps including Auschwitz. I also survived a death march that killed so many people, thanks to the help of my friends who dragged me when I became weak. I met my wife Zosia after the war in a DP camp where we were married and she gave birth to our oldest son. We were able to immigrate to the U.S. in 1949 and we settled in Richmond, where we started ballroom dancing. I loved everything about America. I live in the best country. My dreams came true.