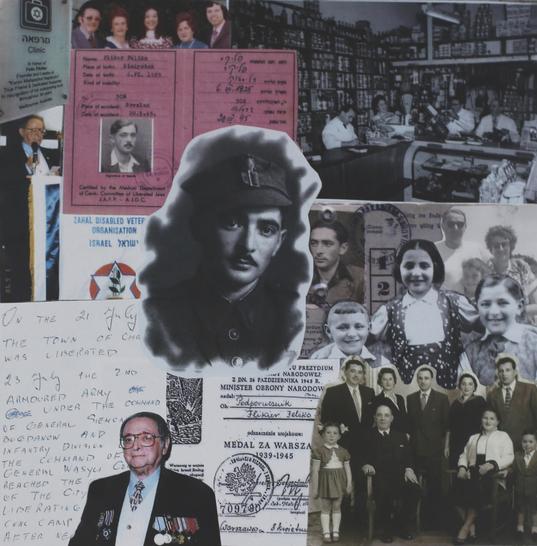 Felix was born and raised in Bialystok, Poland. His father was an industrialist. When the Soviets entered Bialystok in 1941, the family was exiled to Siberia as “capitalists”. Felix joined the army at 16. He completed officer training in 1944, serving in the Second Polish Army, 44th Independent Anti-tank Artillery Regiment.  Soon after, he was sent to liberate the Majdanek concentration camp, and later Warsaw. In March 1945 near Breslau, his jeep was blown up by an anti-tank mine. He survived but one leg was badly broken. With his parents and siblings who survived Siberia, Felix came to Australia in 1948. His empathy for wounded serviceman led him to found Keren Mishpachot Hagiborim (Melbourne), raising funds for Israeli disabled war veterans. Felix served as president for 40 years. Until the final years of his life, he organized Melbourne’s annual Bialystok Ghetto uprising commemoration.