Mendel Blicblau was born in Lodz, Poland in 1923. He was the fourth of five children born to Chaya Frimet and Dovid Leyb . He grew up in a warm, loving, traditional Jewish family. His father was a butcher and chazzan and his mother was an invisible mender. From the Lodz Ghetto, he was sent to Auschwitz Birkenau, Furstengrube, Nordhausen Dora, and Bergen-Belsen. He arrived in Melbourne, Australia, March 1947 and rebuilt his life working as a clothing manufacturer. He was devoted to his wife Erika and children David and Helena, who were named in honour of his parents who were murdered. He adored his in-laws Jeanette and Arnold and his five grandchildren; Eli Shlomo, who was named in honour of his brother, Tal, Michael, Stephen and Netta. 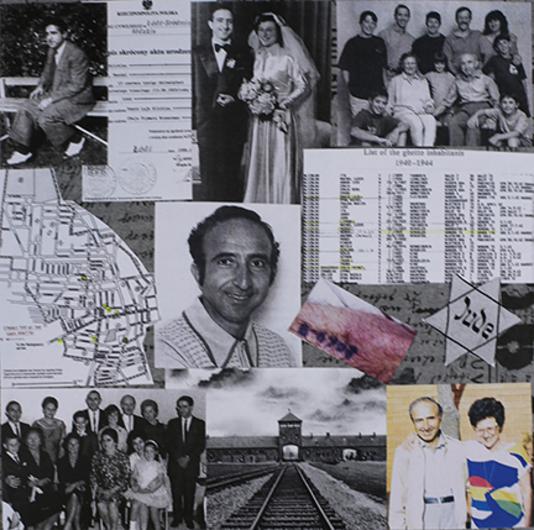