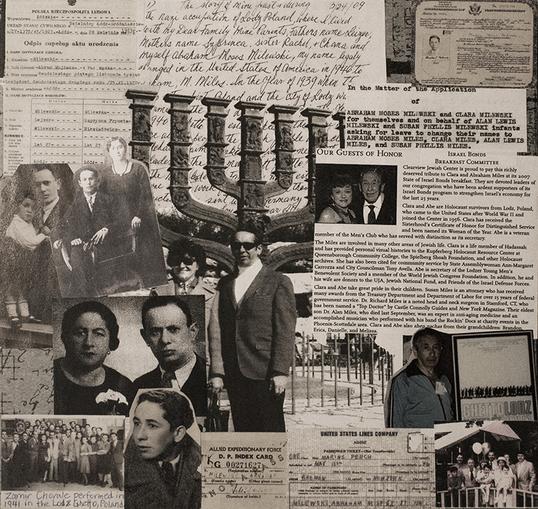 My father, Abraham Miles (née Milewski), was born in Lodz, Poland into a home filled with love. His parents and 2 sisters all survived the Lodz Ghetto and the transport to Auschwitz. Mengele’s finger sent them all but my father to be gassed. Abraham survived Auschwitz-Birkenau, the death march to Blechhammer, and grenades thrown by the SS meant to kill any survivors just before liberation by the Soviet Army.  He emerged from that hell and couldn’t believe that out of more than 100 close family members, only 3 cousins had survived. He was very proud of raising 2 sons who became physicians and a daughter who became a lawyer. He and my mother believed that had there been an independent Israeli state, the Holocaust would not have happened.