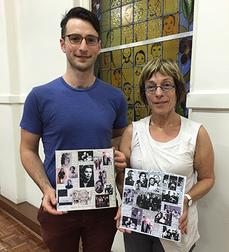 Leon Brooks (1915-2013) was born in Kalicz, Poland to Moshe Alter and Hinda Borek. He had two brothers, Max and Chaim and an older sister, Leah who was married with a daughter Malinka. They were a close and traditional orthodox Jewish family. Leon arrived in Australia in 1936, thus avoiding serving in the Polish army and in 1938 he managed to bring to Australia his brother Max and wife Pola to Australia. He enlisted in the Australian Army as soon as he became an Australian citizen. He met Marysia on a blind date at a Kadima puppet show and they married soon after. He was an extraordinary man with a positive love of life that left no heart untouched. He loved Australia, the people and the country and his warm smiling disposition attracted people from all walks of life.