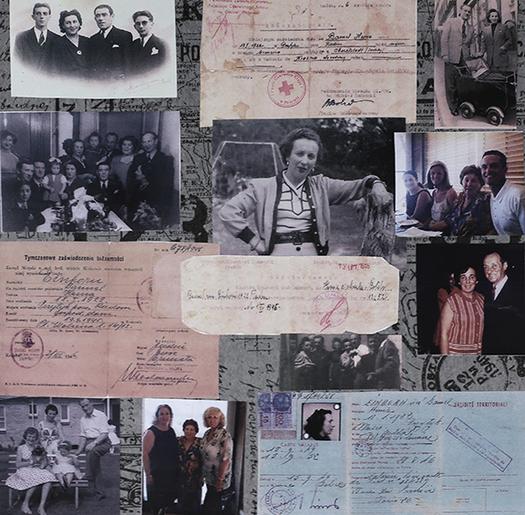 Henia (Hendl) Einhorn (Bojmal/Bamel) was born 18th January 1922 in Przytyk, Poland and was one of seven children. In Auschwitz, her number was A24507. Henia married Benjamin in October 1945. They arrived in Melbourne on The Cyrenia in 1950 from Paris. They had two children, Jeanne, born in Paris in 1948, and Rita born in Melbourne in 1956. She was a devoted wife to Benjamin. They worked together in their fruit shops in Carlton and Balaclava. Tragedy struck when Benjamin was killed in a car accident in 1973. Henia was diagnosed with ovarian cancer and fought valiantly, putting the needs of others before her own. She was a loving mother and 'BooBoo' to her three grandchildren, Darren, Michelle and Renee. Sadly, Henia passed away in March 2000.